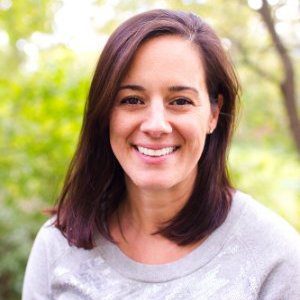 “Who do you work for?” That’s often the first question asked when meeting someone new in Washington, D.C.

It’s something I didn’t like about D.C. because it was value-based pricing of a professional relationship. A sizing up. The more important the title in the answer to the query, the higher the estimated value. It’s also something I engaged in, and have had to work to stop asking – at least as a first question – now that I live in Minnesota. However, my ongoing client work in D.C. keeps me closely in touch with the question.

In defense of that unflattering D.C. habit, the question reflects the city’s unique and unifying experience. Most are transplants, most are there doing work for or with the government. Your work is often why you came to D.C. or why you remain, and it is a defining characteristic. But the question “Who do you work for?” is also about power.

A White House chief of staff told the story of getting caught up by the city’s siren song. He was being driven in a motorcade by Secret Service headed to something very important. Looking out the window of his black Suburban, he saw a man, standing in the rain, taking cover under a folded newspaper while trying to flag down a cab. He then realized the hapless rain-soaked man was one of his predecessors, a former White House chief of staff.

It was a reminder that power comes and goes in politics and can quickly change the dynamics of relationships.

On a much smaller scale, after working in communications on Capitol Hill for a very powerful chairman, I led communications and government affairs for a sleepy regulatory agency that was unfamiliar to most people. I had to work twice as hard to earn every inch, but was grateful to have time to build a team and strategy. When external forces put the agency in the spotlight, the media calls were rolling in, and suddenly The New York Times wanted to write an in-depth profile. (We declined.) It was about who I worked for and shifting power that changed the dynamics.

What I love most about politics is that it is full of surprises. Just when it looks like one party has a lock on power for decades to come or pundits proclaim a party’s death, something happens. Power shifts to the other side, new people come into office and new debates begin.

One of the best lessons I learned as a communicator in D.C. is the importance of developing, maintaining and valuing professional relationships with other communicators and reporters, regardless of who you work for and who others work for.

This month, as we watch power shifting in Washington, D.C. and in Minneapolis, the “who do you work for?” siren song will call anew. The value of professional relationships will ebb and flow with shifting power or circumstances. Communicators for elected officials or companies that aren’t in the spotlight might suddenly be the gatekeeper to someone or something very important. Or in the reverse, some communicators will find themselves working twice as hard to get traction. Reporters might move on to bigger outlets or remain right where they are as friendlies or as critics with long memories.

For those currently enjoying an uptick in professional value due to new dynamics or hard work, congratulations. Enjoy the ride. Do your best work. Respect and nurture those professional relationships, especially with those who might not be as high on the priority list at the moment.

For those not currently working for people or issues in the spotlight, now is the time to fine tune your craft, develop and execute communications plans, and keep working those relationships. When your upswing comes, you will be ready.

Change and power shifts are inevitable. The challenge for all of us is to remember that rainy-day motorcade and to value professional relationships with a long view and a respect that looks beyond “who do you work for?”

A member of IABC, Ianthe Zabel currently resides in Minnesota and works as an independent communications consultant with 202 Strategy.