The IABC Minnesota Masterminds group tried something new for our October 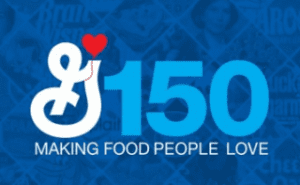 meeting; we went on a “field trip!” Rob Litt, Director of Corporate Communications at General Mills Headquarters in Golden Valley, hosted the group.

We had a record crowd of 11 attendees, including a number of first timers who were intrigued by the interesting location. Our tour included displays celebrating General Mills’ 150th anniversary, art exhibits, the Betty Crocker kitchens and an impressive in-house conference center. We even explored General Mills’ own Caribou Coffee shop as we began our meeting.

Per our normal Masterminds meeting, we introduced ourselves and exchanged business cards to foster networking. There was interesting conversation on an issue a member recently faced around the question of what’s appropriate for a marketing response by financial institutions competing against Wells Fargo; should the CEO act as spokesperson for the message? We reached the same conclusion as the member who asked the question: don’t gloat, it’s okay to be opportunistic but not predatory. It is better to elevate the conversation and have the CEO talk about the organization’s core competencies, a topic better received in the marketplace.

Because of the success of this field trip meeting, IABC Minnesota’s newest Masterminds group will be going on the road again for our next meeting on November 18. We will be hosted by Linda Lim, Associate Director, Global Business Communications, Dow Water & Process Solutions and IABC Minnesota’s Board Secretary. We will meet at Dow in Edina. Due to Dow’s Intellectual Property access rules, attendees will need to RSVP with name, job title and company two days in advance of the meeting. We will have an overview of Dow products and how they are used in Minnesota municipalities and around the world to produce potable water. For more info, check the website.

The Masterminds December meeting will also be a bit out of the ordinary, as we gather prior to the Mingle Bells IABC Minnesota Holiday Party on December 8 with other Masterminds groups. We will meet at The Local (931 Nicollet Mall) for networking with other veteran communicators at 3:30 p.m. followed by the roundtable from 4 – 5 p.m. Then, the holiday mingle follows from 5-7 p.m. with refreshments, beverages and the chance to network with old and new friends.